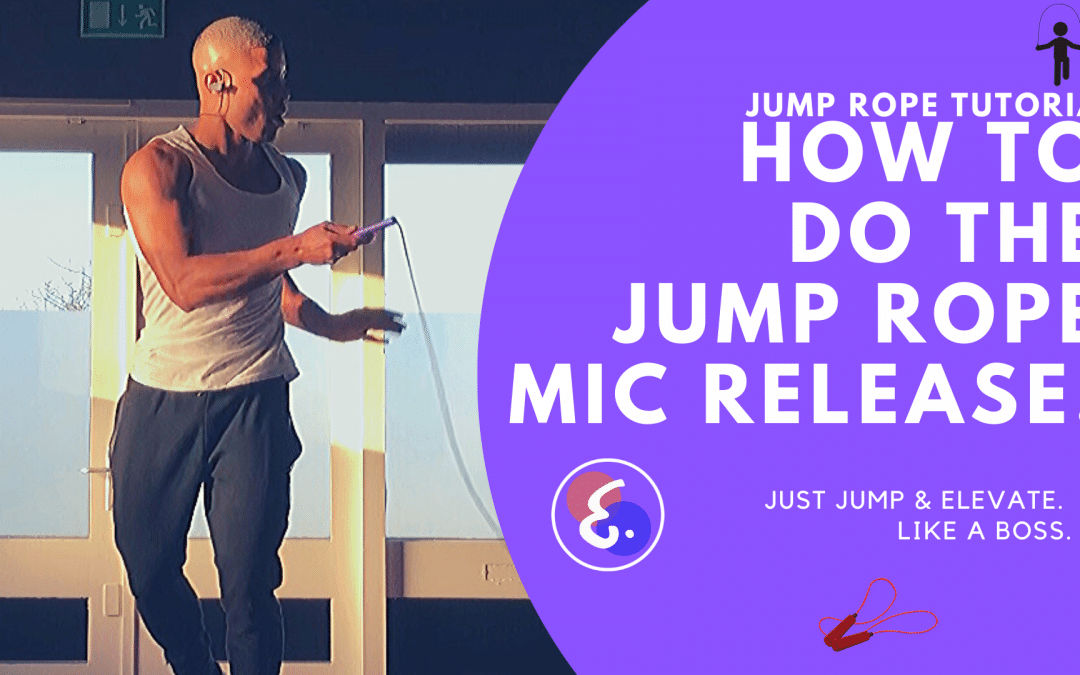 Jump Rope Mic Release Tutorial – How to do the the jump rope mic release!

In today’s blog post, we’re going to cover how to do one of our most requested jump rope tricks called; The Mic release.

The Jump Rope Mic release is an awesome jump rope release drill where you throw one handle of the rope into the air, spin the rope around with the hand that’s still holding the other handle, and then catch the rope again to continue skipping.

The Mic release really opens up a new dimension of skipping once you manage it to add it to your daily drills. The move is kinda addictive actually haha.

It’s a pretty hard move so don’t expect to get it down right away. However, when you understand what’s actually happening you can take a few minutes every session to practice it, and sooner or later, you’ll master it!

Now before we’re going to start throwing around our rope I want to make sure we have the proper gear and surroundings for it.

Firstly, rope type. Beaded ropes versus PVC ropes. When I started out learning Mics I learned it with a 5MM PVC rope, which in my personal opinion delivers more than enough feedback to get your mics down.

Having said that I do have to say that learning mic releases with a Beaded rope will probably shorten your learning curve as beaded ropes tend to give more feedback which helps you feel the whereabouts of your rope better, in comparison with a PVC rope. So for this tutorial, we’re going to proceed with my Beaded rope. If you don’t have one, don’t worry, your PVC will do just fine. I prefer to choose short handles over long handles, again, a feedback thingy.

Talking about handles, really make sure your PVC or Beaded rope’s handles are made of durable hard plastic that can smash into your surroundings without breaking. 🙂 This will save you a lot of money!

If you don’t have one, don’t worry. You could go to our website Elevaterope.com and cop on, or for the time being, practice your releases on grass until you’ve got a pretty decent catching conversion.

Last but not least, Rope length. I found that the shorter my rope is the easier my releases are. Just like rope type, rope length is also a feedback thingy. The shorter your rope, the better your feedback, the easier the catch. Therefore try to size your rope to at least nipple level or preferably even shorter to make the learning curve of the release the shortest.

Now after we’ve managed to get the right rope with the right handles, excellent length, and good surroundings, it’s time to have some fun.

So you’ve been hearing me talk a lot about feedback in the previous chapter.

Basically, Mic releases rely heavily upon the feedback you get from your rope and the way you go about controlling that feedback.

So in order for you to learn how to work with the feedback the rope gives you we’re going to do some momentum drills so you can start feeling the rotation and start to get used to controlling the rope with one hand.

First off I want to throw one handle on the ground in front of you and start rotating your handle clockwise. Try to get your rope spinning, just like I do in the video.

Start slowly and all of a sudden you’ll feel a force that will keep your rope mid-air. That’s the momentum that I’m talking about!

Now from that point, try to steer your rope to the left side of your body. By the way if you’re left-handed just do everything the other way around. And from that point try to try to shift from a horizontal arc into a vertical arc. This might be challenging at first, but it’s a fun momentum drill to get used to spinning the rope around using the feedback you get from your rope.

Once you’ve managed to get it, move on to step 3, where we’ll move into doing the actual mic release.

In the next step, we’re diving into the three-step Mic mechanics. Step one, being the entry of the move, step two being the release and rotation of the rope, and step three is the catch. In the next chapters, we’ll be going over them step by step to make sure you don’t miss out on any of the steps!

So for step 1, we’re talking about entering the move. There are actually two ways to enter it.

Number 1, which is my personal favorite is to throw the rope into your mic. Number 2, is the wrist pop where you use your wrist to create that vertical spin. I suggest practicing them both to find out which feels the best for you and go from there.

Now for the first one, the throw, we are going to enter it by performing a side swing to both sides.

In the video, you can see me swinging over my dominant side (My right side in the video) and then enter my mic on my non-dominant side by looping into the swing, rotate the rope once, place my left hand above my right hand and gently toss it to the front.

As your rope already has the rotation, you want to follow that rotation when tossing your rope. Don’t throw it too hard or you’ll break that momentum. Try to remember that the goal here is to gently toss your rope in the already existing momentum.

Now for the second entry, the wrist pop, we are going to enter it by again, doing a side-swing to both sides and when the swing enters your non-dominant side, instead of tossing your rope to the front you want to pop it to the front by placing the piece of rope that’s just below your handle on top of your wrist and using your wrist to create that vertical spin, just like In the video.

Cheers, we’ve got the entry down. Now let’s move on to the rotation. First, we’re going to talk about our Hand positioning: The hand that is going to release the rope is always going to be on top of your turning hand.

Technically, the hand that’s going to be rotating can do as many rotations as you’d like, but for starters, I’d go for 2 rotations.  So once your left-hand releases, try to focus on making two rotations while the rope is traveling mid-air. When you’ve done the two rotations, return your rotating hand back to pocket position. Don’t try to catch it yet. We’ll do that in the next step.

5 Tips to get better mic releases;

Now when releasing your rope, a good thing to focus on is keeping the rope close to your body in a vertical way when rotating the rope for a clean release.

As I said before Don’t use too much force when going for the spin, rather than using brute force to spin the rope around, try to continue the momentum the rope already has from the swing to get it to turn.

Lastly, Timing is more important than speed and power.

I hope this guide helps you to get learn the Mic release! Go get it champion! 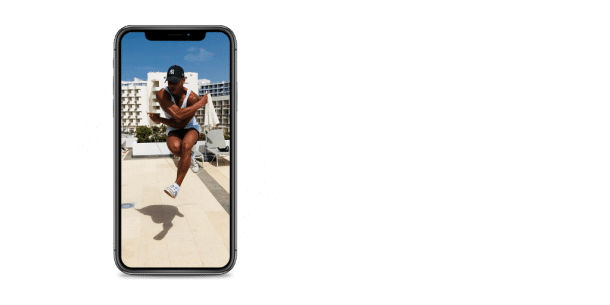 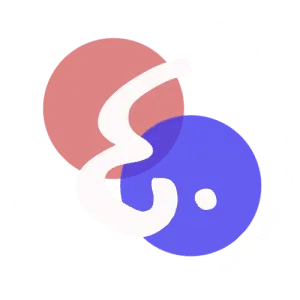 The Best Jump Rope Routine for Professional B...

END_OF_DOCUMENT_TOKEN_TO_BE_REPLACED

The Ultimate Guide to Breathing and Boxing

END_OF_DOCUMENT_TOKEN_TO_BE_REPLACED

What Are Speed Ropes And Why Do Athletes Use ...

END_OF_DOCUMENT_TOKEN_TO_BE_REPLACED

Holiday Season - EU orders remain open and will be shipped starting from 01-08! Use coupon 'Holiday15' to get a 15% holiday discount! Dismiss 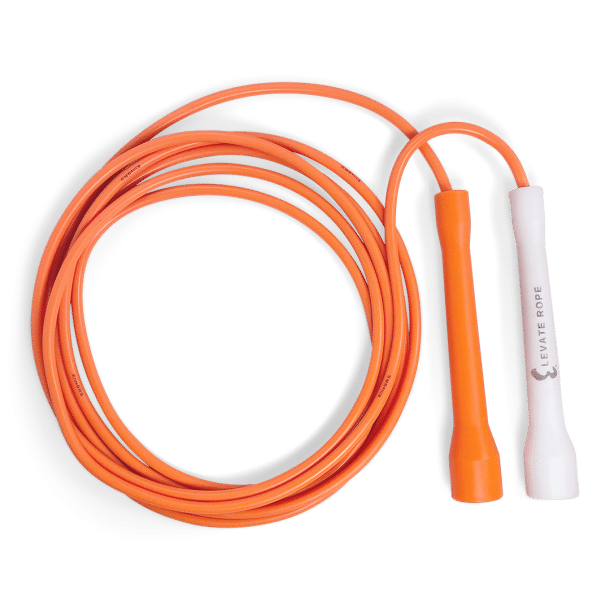 Not here by referral but still want a discount?

Leave your details and unlock a 10% discount code for your next order!

* You agree to receive Informative & marketing emails from Elevate Rope. You may amend your preferences or unsubscribe at any time. 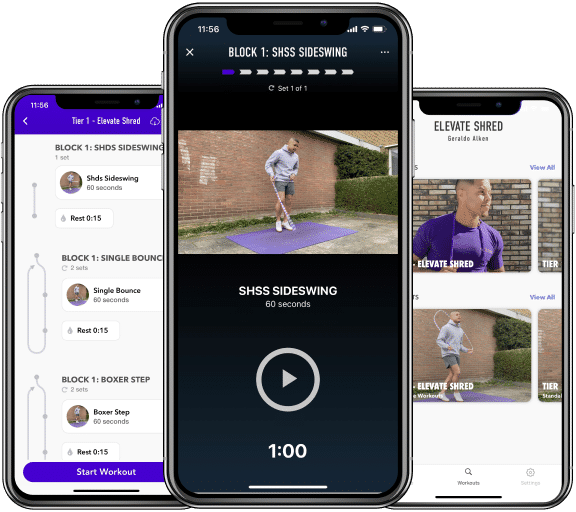 Your portable jump rope coach showing you how to lose weight, get shredded and build an astonishing physique, using nothing more than a jump rope and your mobile phone.